A couple of years back, my daughter Lila got the idea that she needed to take a semester out of high school to work on the pre-production of an independent film, being shot in our little town. She convinced me to also get involved by naming and designing some bogus products to be used by the cast. Being that it was my daughter asking, it was an easy decision to make. The film made a remarkable journey after Lila went back to high school. From very humble beginnings, with no budget to speak of, a complete cast of non-actors and guided by the single-minded and brilliant vision of director Chusy, Anywhere USA has landed itself in the dramatic competition at the Sundance Film Festival.

My small contribution was branding and designing products to be used by the cast. They needed a beer for starters. Since the film had a South of the Mason Dixon Line tilt, I wanted a name that would sound good in the unique drawl of a Southerner. I decided on Kegger. I wanted the beer to look cheap, but distinguished at the same time. Something that looked like ordinary folks would buy, feeling they were getting high quality at a very low price. Here's what I ended up with, accompanied by a cast shot with the actual phony product. Here's a better look. 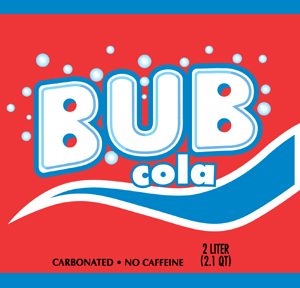 The next product they needed was a soft drink. The requirements here were that it had to look and sound like a low-level bargain brand. In other words, it had to look cheap and it had to sound cheap. Again, I wanted the name to sound good rolling off the southern tongue. I settled on BUB cola. I really enjoyed the challenge of branding something that looks and sounds like complete crap, but that you could believe would be popular at the same time. It was actually a lot harder to pull off than I thought it would be.
Finally they needed a fake dating website that was geared towards plus-sized singles. Once again, it had to look and sound cheap, but believable. I settled on RealBigLove.com. Incorporating some advertising for BUB cola and Kegger into the site just seemed like a natural thing to do. Director Chusy also wanted part of the site to feature a dramatic close up of a penis, which I am not going to be subjecting anyone to here, but I will say that sitting with the director and retouching that photo was a uniquely unsettling and hilarious experience. I may never live that down... 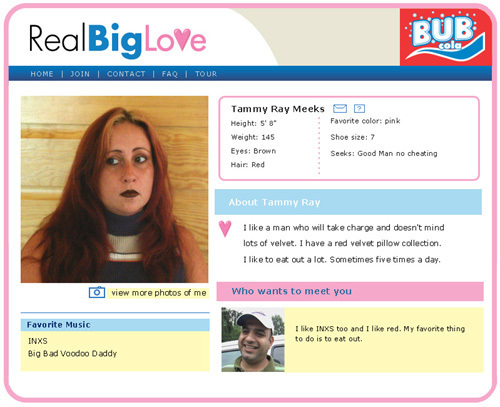 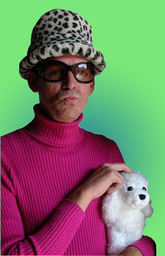 Fortunately for me, my cameo appearance in the film as Manudo, the bitchy and dreadful fashion designer ended up on the cutting room floor. With any luck at all, it will stay there.

16 films will be shown in the dramatic competition at Sundance, culled from 1,068 entries. It's a remarkable achievement for everyone who was involved. A lot of heart and a lot of guts went into this and it was an honor to be involved.