The work of Drawgers Leo Espinosa and Edel Rodriguez were spotted at the Asheville Art Museum (which is the nice little museum in my nice little town). I only happened upon this by chance, as I was wandering through the galleries last night looking for the musical ensemble Barbez, who were to put on a night of fine entertainment in one of the museum galleries.

Looking for where the music was to take place, I paused to admire a rather handsome Chuck Close that I'd never seen before, lingered on a little gem by Thomas Eakins for quite a while,  turned the corner and spotted an Eric Carle....

I thought, what's this? Illustration? Pressing further into the gallery, I spy several pieces by Art Spiegelman and realize that I'm was on to something quite unusual for an art museum. Hadn't I just been looking at a Leonard Baskin and a John Singer Sargent? I'd rather look at illustrations any day!

Then, I look to one side and it's Edel Rodriguez! Oh Sweet Happiness! Turning around to face the opposing wall, it's Leo Espinosa! Joy compounded! My friends, in a MUSEUM! They looked right at home.

Really bad pictures of the stickers on the wall. I didn't want to draw any attention to myself by using a flash, because as you may know, taking photos in a museum is strictly forbidden! 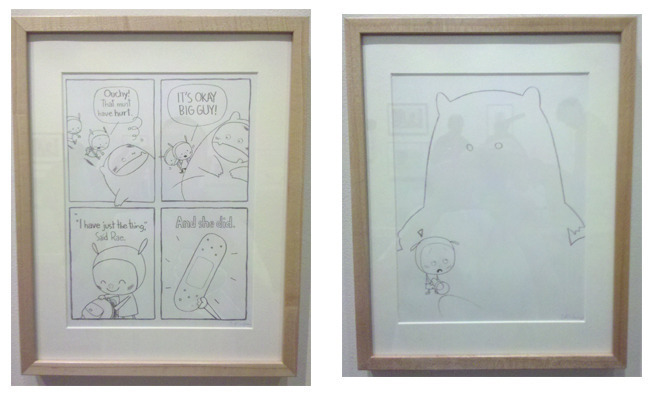 And yes, I violated museum policy by taking a couple of quick snaps of the pieces by Leo! Somebody call the police! 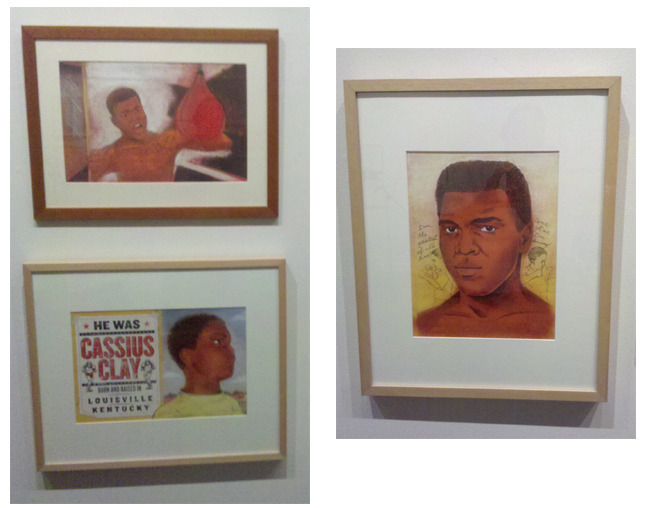 Here's a link to the show, which is called Nouns: Children’s Book Artists Look at People, Places and Things.